Get an Instant Quote for Your Florida to Massachusetts Auto Transport Shipping a Car From Florida to Massachusetts

Shipping a car from Florida to Massachusetts is one of our common snowbird routes along the East Coast. Other popular snowbird routes on the East Coast include FL to CT, FL to NY, FL to NJ, and FL to PA. These routes are particularly busy in early spring when the shipping demand is at its highest. This is also the most expensive time of the year to ship a car from Florida to Massachusetts.

What is a "snowbird" you might be asking? Snowbirds are people who have a primary residence in the northern states, such as Massachusetts, but then move to southern states for the winter. Then in early spring they return home to their northern states. Florida is one of the most popular states these snowbirds flock to in the winter!

The distance from Orlando, FL to Boston, Massachusetts is just shy of 1,300 miles. A car carrier can travel that route in 3-4 days. That means if your car is picked up in Orlando, FL on a Monday, for example, you can expect delivery of it in Boston, MA no later than Friday. It's a relatively quick car shipping route.

We've been shipping vehicles from Florida to Massachusetts for dealers and private vehicle owners for over 20 years. Our rates are priced to move, and your satisfaction is guaranteed! We adhere to the highest insurance standards, and we provide our customers with regular updates.

As a door-to-door auto transporter, we can pick up your vehicle at any residential or business location in Florida and get it shipped promptly and safely to any residential or business location in Massachusetts. We also offer open or enclosed shipping options. See how much it will cost to ship a car from Florida to Massachusetts by getting an instant quote today!

How long does it take to ship a car from Florida to Massachusetts?

Carriers can travel around 500 miles per day. If you take the total distance of your route and divide by 500, you'll get the approximate number of days it will take to ship a car from Florida to Massachusetts.

The distance from Orlando, FL to Boston, Massachusetts is just shy of 1,300 miles.

We provide the estimated delivery times for your specific Florida to Massachusetts route when you get an instant quote. 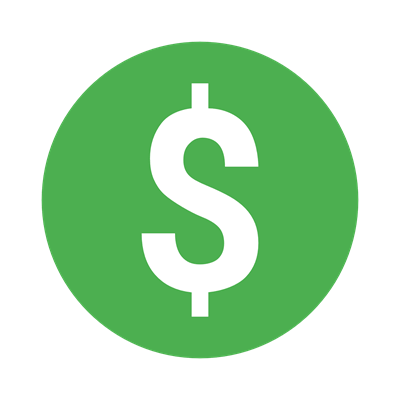 How much does it cost to ship a car from Florida to Massachusetts?

Book your order on-line and we'll do the rest

Based on recent dispatch reports, the carrier availability rating from Florida to Massachusetts is 9/10.

The center of each state is used to approximate mileage between locations.

Estimated transit times are based on carriers traveling up to 500 miles per day.

How Does Shipping a Car
from Florida to Massachusetts work

Shipping your car has never been easier

Get a Quote and Book an order

Get an instant quote or call our transportation specialists.
When ready, book your order. We will call you to confirm the details.

We pick up your vehicle

Our truck will pick up your vehicle at an agreed upon date location. After a vehicle inspection, we take care of the rest.

We deliver it to your door

Our drivers will call you when they are a day out to let you know their approximate ETA.

What Our Customers Say

Service was awesome again. Love working with J&S. Driver was fast and a great communicator too. Thanks!

Great service! My transport was timely and everyone I dealt with was professional.

My Mini Cooper was delivered safe & sound. The driver was great about notifying me and even delivered on Thanksgiving! Thank you so much for giving me prompt, courteous service!

We do a lot of transports to and from Florida, particularly snowbird transports between Florida and New York. There are four areas of Florida that we primarily ship to and from. Those areas include Central Florida, Southeast Florida, Southwest Florida, and the panhandle. The fifth area that we do transports for, but not nearly as often, is the Florida Keys.

The most popular shipping hub for auto transports in and out of Florida is Miami in Southeast Florida. Other popular cities in the area include West Palm Beach, Boca Raton, and Fort Lauderdale. Any transports to or from Southeast Florida, particularly Miami, we can get done pretty quickly, but of course these cities are pretty far south in Florida so these transports will be more expensive than say Jacksonville which is in far northern Florida.

Orlando and Jacksonville are other popular cities to ship to or from in Florida as there are a lot of carriers serving these locations.

The next most popular cities to ship to or from in Florida are the Gulf Coast cities in Central Florida that include Tampa, Clearwater, and St. Petersburg (in that order), and then the cities of Southwest Florida that include Fort Myers, Cape Coral, Naples, and Marco Island. Again, keep in mind that the further south you go down into Florida, the more your transport will be so Naples will be more expensive than Tampa, for example.

One other interesting note about carriers that do Florida auto transports, they rarely serve both coasts of Florida with the same truck load. A carrier will either do all his transports along either the west or east coast on one trip, and then the other coast on another trip. He will rarely pick up and deliver vehicles on both coasts on the same trip. That means if your vehicle is being picked up or delivered in Miami, for example, that carrier will be traveling along the east coast of Florida with his current load of vehicles.

As a door-to-door auto transporter, we can ship to and from any location in Florida. It doesn’t matter if you’re shipping to or from Key Largo or Jacksonville or anywhere in between, we can handle it! To see what your Florida auto transport will cost and how long it will take to complete, get an instant quote now! Snowbirds are residents in the northern states that move to the southern states such as Florida during the winter months. MA to FL is one of our many popular northeastern snowbird routes in late fall. Other popular northeast snowbird routes include CT to FL, NY to FL, NJ to FL, and PA to FL. Then in early spring when the snowbirds return to their northern states, the reverse routes become very popular such as FL to MA, FL to CT, FL to NY, FL to NJ, and FL to PA.

Now switching gears and looking at the more challenging car shipping locations, southeast Massachusetts can get tough. We're talking locations such as Taunton, Middleborough, and Plymouth. As you get closer to Cape Cod and as you get on Cape Cod itself, auto transports get increasingly more difficult. Expect your auto transport to cost more money and take more time with any of these locations.

If you want to know what it will cost to ship a car to or from Massachusetts, and how long it will take to complete right now, get an instant quote on our website or call us at (800) 656-7638.

Get answers to some of the most commonly asked questions

How do I ship my car to or from Florida?

The first step is to get an instant quote on our website or by calling us at (800) 656-7638. The quote will give you a current price and the estimated time of delivery for your specific shipping route. From there you can book an order online or book an order with us over the phone.

Do you provide open and enclosed car shipping to or from Florida?

Yes! By default, our instant quotes are for open transports, but on the quote page you will also see the cost to ship a car enclosed.

What's included in the instant quote?

The instant quote is all inclusive. There are no sales tax, hidden fees, or additional charges of any kind. Insurance coverage is also included in the price you are given!

What payment methods do you accept?

We accept Visa, MasterCard, Discovery, American Express, and debit cards. We do not accept check or cash.